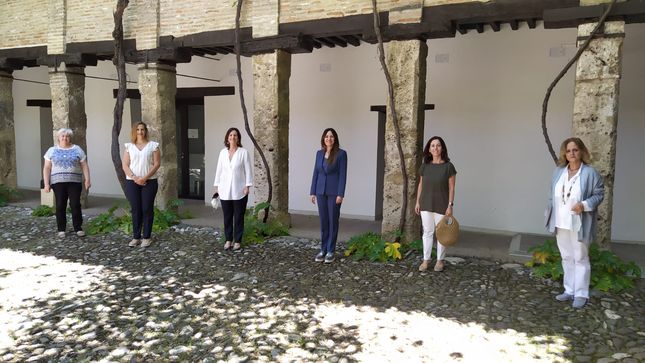 Walks in Granada, a good practice for a model of governance on sustainable cultural tourism in the Med area

The Andalusian Public Foundation El legado andalusí organizes Walks in Granada within the framework of the BEST MED project (Beyond European Sustainable Tourism MED Path). This activity, which aims to highlight sustainable cultural tourism in the local area, seeks to provide an experience in the creation of a model of governance in the Mediterranean in cultural sustainable tourism in line with this project. Given the health measures that arose during the COVID-19 crisis and the impossibility of carrying out activities in closed spaces, the Foundation has chosen to organise this event in the open air, bringing this action closer to a larger number of target audiences. The event, which includes a series of walks through historic and monumental Granada, began in June with an approach in line with the project's objectives. The walks through the city of Granada have been organized in several itineraries: From Puerta Elvira to San Nicolás; From the Albaicín to Plaza Nueva; Alhambra and Generalife; Puerta Real and Triunfo; from Campillo Bajo to Alcázar Genil; and around the city where some of the emblematic monuments are located such as the Cartuja Monastery, the Huerta de San Vicente and the birthplace of the poet Federico García Lorca in Fuente Vaqueros, as well as the nearby Sierra Nevada with its peaks Veleta and Mulhacén. The aim is to provide a good practice in the creation of a model of governance for cultural sustainable and inland tourism in the Mediterranean area in a particular and difficult circumstance such as COVID 19 by showing the public the historical, artistic, human and landscape wealth of the city of Granada and its surroundings. This action is also designed to involve public and private sector stakeholders (local public authorities and companies) as well as the general public in an initiative that serves as an example to relaunch economic activity in the framework of sustainable and local cultural tourism in the Med area after the COVID 19 crisis.

All news
Back to top